This project brings together three researchers, participants and students. 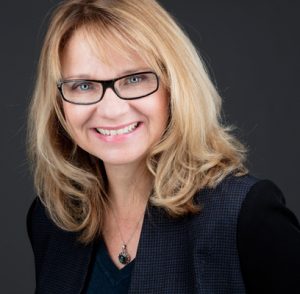 As part of the project Artistic Culture at Manitou College, Edith-Anne Pageot coordinates and directs research, data analysis and dissemination activities. This research project is a continuation of her professional initiatives and research fields. It stems directly from her active and sustained involvement in cultural circles in the Laurentian territory as well as her research on the artist Domingo Cisneros, who was coordinator of the College’s Department of Arts and Communication. For several years, Edith-Anne Pageot has been involved as an art historian, art critic and volunteer in many structuring cultural projects that have developed in the Laurentian territory where Manitou College was located (La Macaza, QC). She has collaborated in, among other things, the administration of the Conseil de la culture des Laurentides and the Musée d’art contemporain des Laurentides, the creation of the Réseau muséal des Laurentides and the creation of its strategic implementation committee.

Camille Callison participates in the critical reflections that underlie the data analysis process of this research project. Her knowledge of best documentary practices will be sought in the implementation of the Open Access Knowledge Mobilization Plan.

Peter F. McNally is Professor Emeritus, School of Information Studies, McGill University, and Director of the History of McGill Project, writing McGill University: for the Advancement of Learning, vol. III (1970-2002).  He has also published dozens of articles on the University’s history.  In 2002, he received the “Distinguished Service Award” of the McGill Alumni Association. Book and Library History are major areas of research interest. From 1980 to 2016, he served as Convenor of the Library History Group of the Canadian Library Association. On its behalf, he organized annual conference sessions, and edited three collections of published essays. From 2000 to 2007, he served on the Editorial Committee of the History of the Book in Canada/Histoire du livre et de l’imprimé au Canada and its six-volume history (three each in English and French). In 2011, he was awarded the Tremaine Medal for distinguished publication by the Bibliographical Society of Canada/Société bibliographique du Canada.

Peter McNally plays an advisory role in contextualizing the initiatives of, among others, student groups at McGill University (the Conseil intertribal des étudiants aborigènes de McGill) that led to the founding of the Institut d’études des Aborigènes de l’Amérique du Nord, which then became Manitou College.